Written while drinking tea
during the week of February 20, 2019

This post is a post-mortem of a 7-day summer-camp/workshop I ran during the summer of freshman and sophomore year, called Secret Project Taiwan.

Whenever people ask me which project I’m the proudest of, I have never hesitated in saying: “It’s Secret Project Taiwan, a summer-camp-like thing I did four years ago”.

Over the past four years, I never really wrote about what the project was, and why it was a meaningful project to me, and to others. For some reason, I’ve been thinking about this project a lot lately, so I decided to write about it. 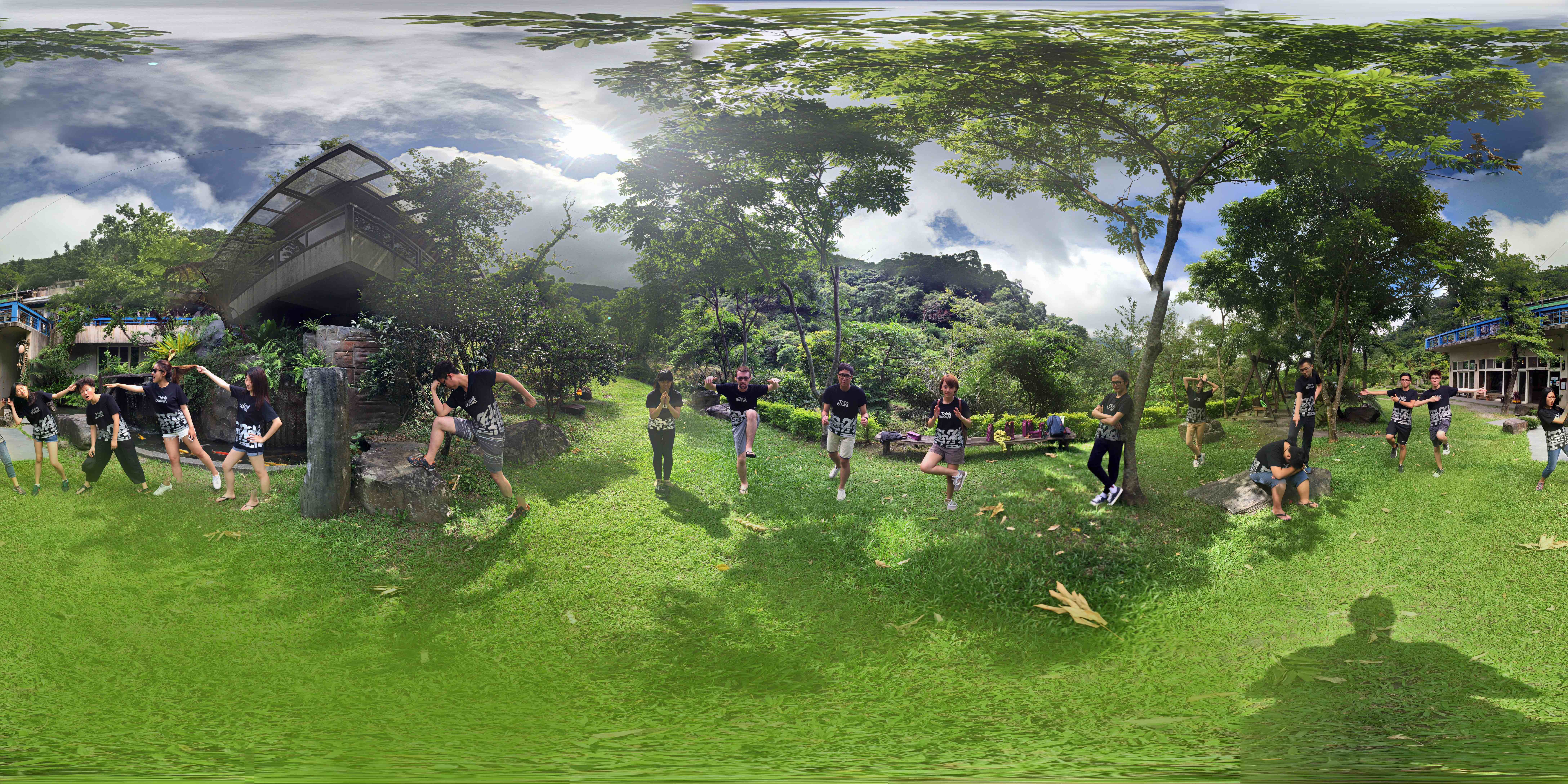 Throughout college, one of the most life-changing programs for me was called Secret Project at CCA, directed by John Bielenberg and Marc O’Brien. The program encouraged everyone to think wrong and to challenge the status quo.

It was through Secret Project Blitzes (which were weekend workshops and spring break trips), I realized how powerful it is to dream, and to imagine, together with others: We towed an airstream from California to Nevada to Utah and back. We got to collaborate with students from all majors, at all levels. We worked with several non-profits to brainstorm new products, marketing channels, etc. We dreamed of buying a container ship and sailing around the world (which, someone is doing a version of this).

Having gone through public and private schools in China, Secret Project was the opposite of “listen to your teachers, do your homework, maybe be just a little creative” culture I was used to. Participating in the Secret Project gave me ideas to run a version of it in Taiwan, where my parents are from. During the summer of 2015 and 2016, I produced and co-facilitated a 7-day workshop known as Secret Project Taiwan (SPTW), during which ~15 college students came together to think of wild ideas, make small bets, and test them out together, on a 500-acre large farm south-east of Taipei. Everyone signed up for this summer camp with the intention to practice brainstorming and pitching ideas, but it ended up being much more than that. 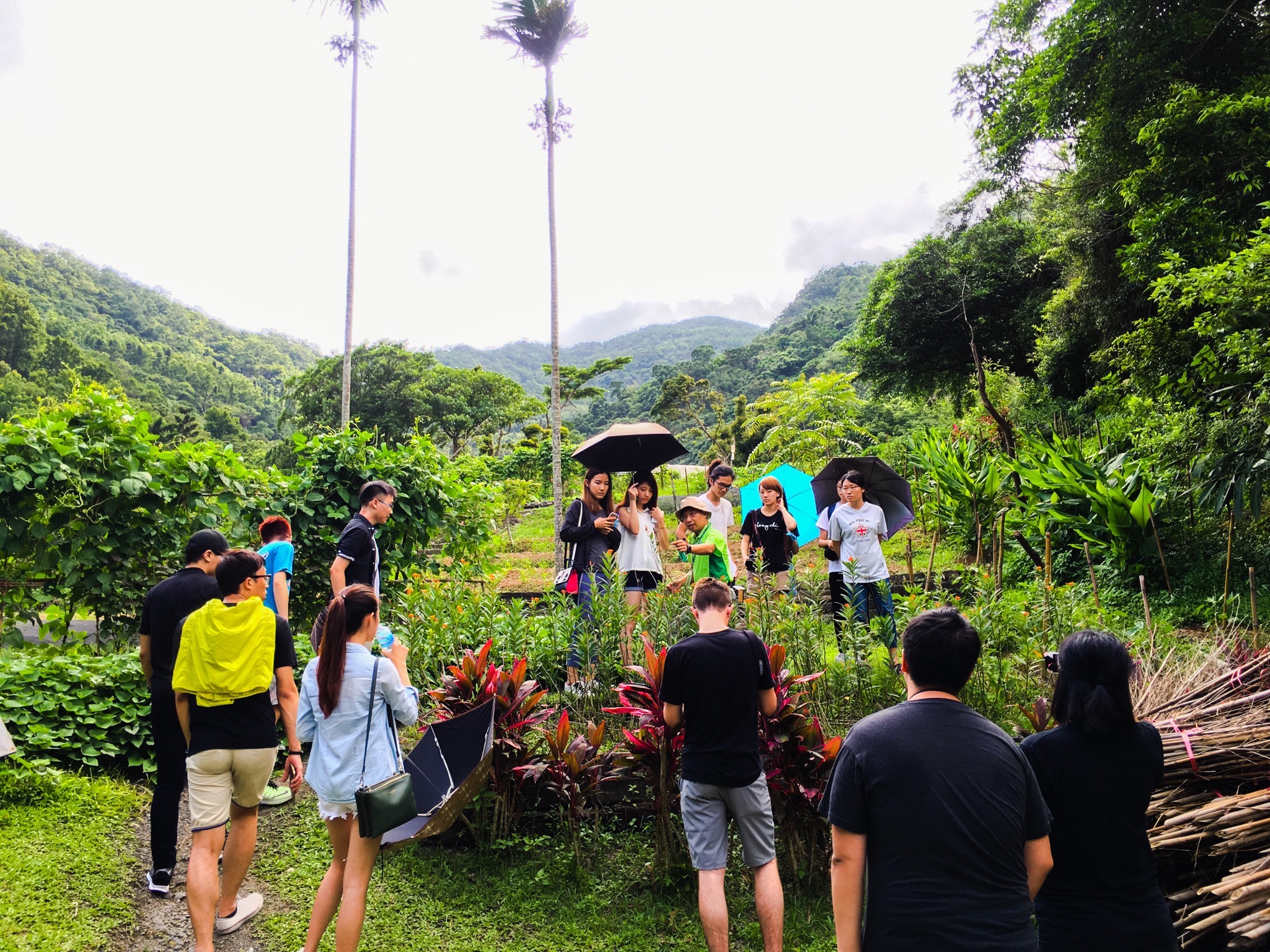 Getting used to trying new things

Different from a typical college summer camp in Taiwan, SPTW was unique in a few different ways.

As a result, SPTW was a hotbed for experiments and weird and wild ideas.

That being said, my co-facilitators Will, Bill, and I did put some loose structure in place. Below is a screenshot of the schedule we created. While it may look intimidating, they were all fun (and occasionally nerve-wracking) activities. For example, Be Bold was a session dedicated to “moonshot ideas”, Let Go was a session on “parking” our earlier ideas to come up with new ones, Small Bets was a session on creating MVPs. These are all activities part of the Think Wrong exercise, which you can learn more here.

We also added our own flavor to the week. We introduced PechaKucha to everyone, and we all had to pitch to each other our ideas with 10 slides that would each last 10 seconds. We all learned to dance to Mark Ronson and Bruno Mars’ Uptown Funk. We wrote a contract that said “I will leave humanity better then I found it,” and everyone signed it. We introduced Storytime for people to share a weird project or story with others. 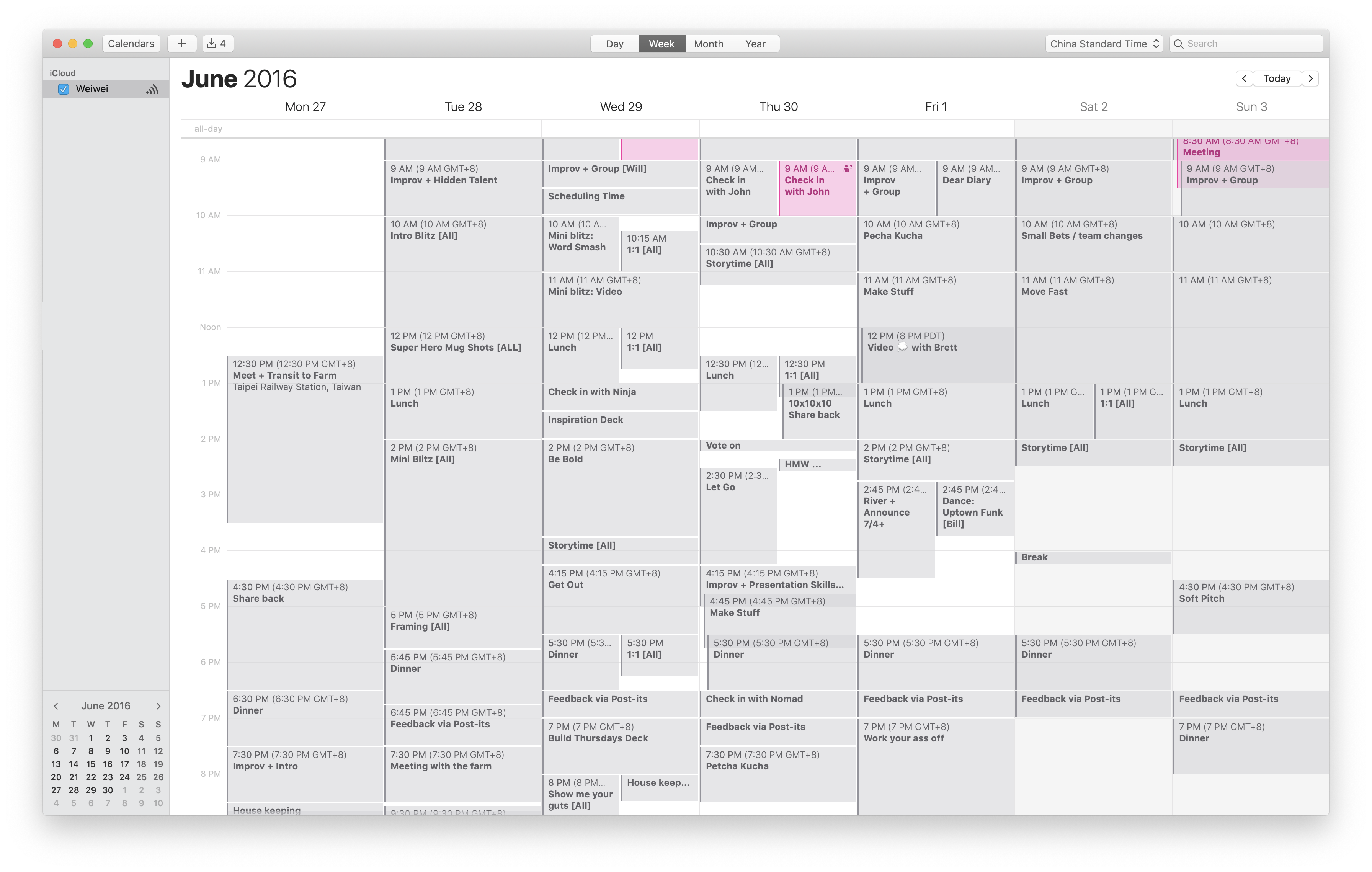 A screenshot of SPTW’s schedule

Show Me Your Guts

A tradition of Secret Project and its precursor Project M was something called Show Me Your Guts, and I would like to highlight it.

The idea behind this event is that everyone would have 24 hours to prepare for it, and during Show Me Your Guts, we would all gather around the bonfire, and either share something we’ve never said out loud before, or do something we’ve never done in front of others, no exceptions. We had a bottle of whiskey, and whenever someone’s ready to show their guts, they would start their story with having one whisk of whiskey. Until they take another whisk, nobody could interrupt them.

By being vulnerable in front of each other, Show Me Your Guts brought all of us together in a unique way.

We were no longer complete strangers to each other. Instead, we each became extremely supportive, caring, and bold with what and how we brainstorm, collaborate, and make for the remaining time we had together.

During the 7-day workshop, everyone all got a taste of what it’s like to be bold, to collaborate, and be extremely experimental. To an extent, the workshop helped everyone to become a little more courageous, by trying new things together. However, upon leaving the SPTW and returning to each of their own lives, everyone felt that their everyday life was business-as-usual again.

One common feedback we received from participants, was that they all wished SPTW was a year-long gap year program, instead of a week-long “summer camp.” Over the past few years, I have been thinking about what it’d be like to run a more extended version of Secret Project Taiwan.

Having graduated from college a few months ago, I’ve also been exploring what I want to devote my time to, and how I can do that.

I never ran another SPTW since my sophomore year, because I had to get a design internship in my junior year to graduate, and I’ve been working since I’ve graduated. Lately, memories from SPTW have been coming back to me, and I can’t shake the above questions off my mind. Maybe it is time for a longer version of this camp, for us all to become more courageous, together.

I’m very much looking forward to what might come out of this exploration. 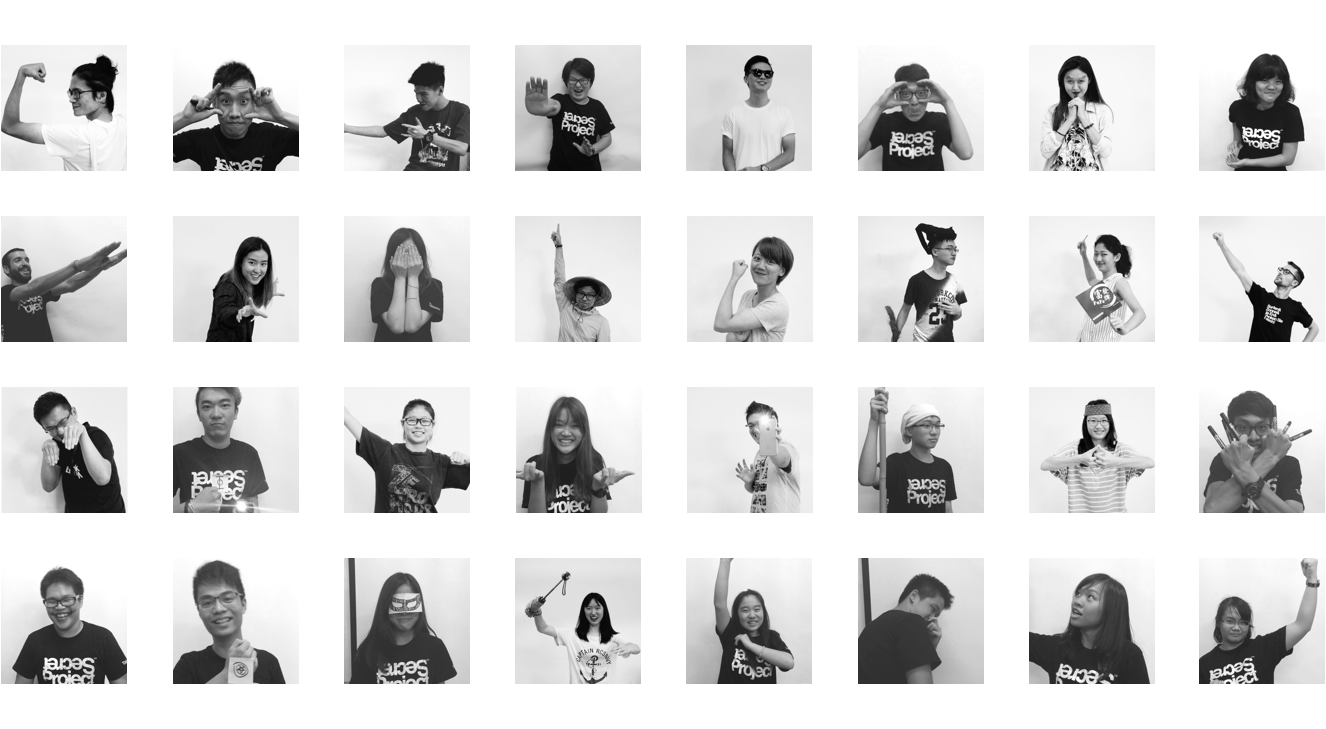 Extra special thanks to my parents, John Bielenberg, Marc O’Brien, Christina Liu, Heather Mewton, Bill Chien, and Damon Lam for being supportive of this project.